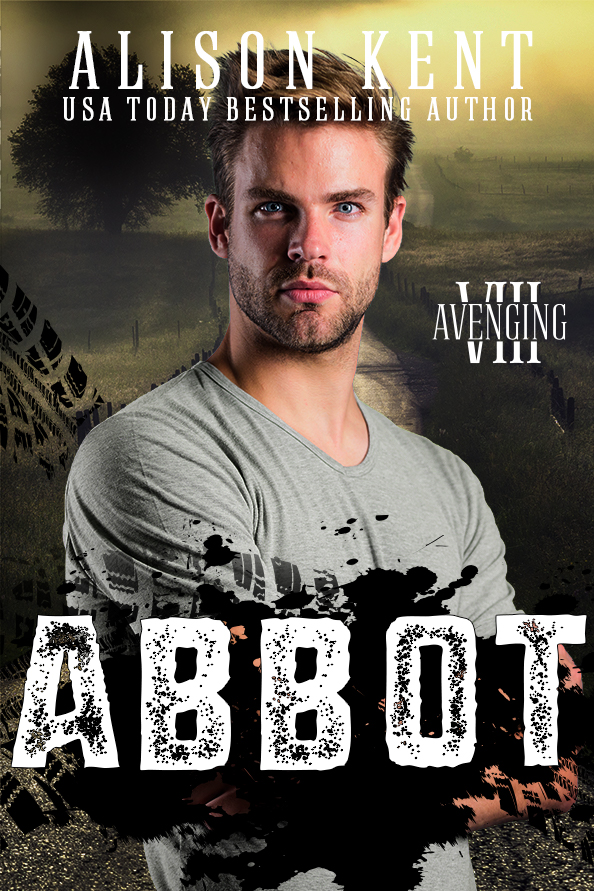 Having finished a grueling stint at the Avenging VIII’s training compound, Kyle Abbot stops on his way home to do laundry. He’s weary and worn, and watching the dryer tumble sounds like the perfect way to spend the afternoon… until entering the parking lot brings him face-to-face with the very situation he was designed for.

Annie Whitman doesn’t know what to think when a big black pickup skids to a stop between her and the thugs who work for her ex. He’s kidnapped their son and has sent them to relay his demands. She’s barely had time to digest the information when the knight in shining armor emerges from the truck to intervene… and deliver a beating worse than the one he receives for getting involved in her mess.

While Annie tends to his wounds, feeding his hunger and his heart, Kyle covertly devises a plan to rescue her son. But Kyle owes those who rescued him decades ago too big a debt to abandon… no matter that making a family with Annie and her son will fill the hole the Avenging VIII has never managed to do.

“Come closer so I can see you. I’m not going to bite. I don’t have enough teeth left, and I’m hardly contagious. You’re as safe with me as you’ve always been, Kyle. Now, come here.”

If Lucinda Bruce was contagious, her condition would be easier to bear.

She wouldn’t be suffering because a psychopath’s family had become collateral damage in his war with the right side of the law. Her wounds wouldn’t be about his kidnapping her younger son as payback. She wouldn’t be fighting for her life because she’d defied her police lieutenant husband and gone after the man who’d taken their child on her own.

Years had passed, years during which Kyle had witnessed her decline, but she’d found him.

And then she’d gotten too close.

Kyle pushed up from the corner of the dark hospital room where he’d been hunkered for the past hour. Hunkered in the corner was the position he’d been in as a skeletal ten-year-old when Lucinda and Jeb had entered his foster home and legally removed him from the system.

Then not so legally changed his name and groomed him for a life in back ops.

He’d lived with the others the Bruces had chosen: kids abandoned, mistreated, some on the streets, none with family, all with a higher than average intelligence. They’d been educated and trained off the grid, then they’d enlisted. With Jeb pulling strings, each had served a single tour that had taken them places most servicemen never went… or wanted to go.

Kyle had been discharged four years ago and had spent the time since righting wrongs conventional solutions—lawful solutions—had failed to correct. No one knew. No one would ever know and that was the point. He and the others were Jeb’s personal enforcers.

They’d seen more damage and destruction in their twenty-eight years than most people saw in a lifetime. Emotional damage. Physical destruction. They’d suffered the same. They’d expected to. It was part of their covert existence, moving through society as nobodies.

Looking over their shoulders was as natural as breathing. But not for Lucinda.

She squeezed his hand, her fingers cold, her grip surprisingly resilient for a woman who’d endured what she had. Then again, only a strong woman would’ve stayed alive this long. If she didn’t pull through… He choked back the sob in his throat. A tear fell to his hand. Another onto Lucinda’s. Making circles with her thumb, she rubbed them until they were gone.

Kyle said nothing. He didn’t have to. Lucinda knew what his answer would be.

It was a promise he would never make because the woman asking had raised him better.